#Did you know that everything you need to effectively become a fat burning machine is already a part of you?

The same way that gaining weight and storing fat is all part of your natural make-up.

AND I have GOOD NEWS!

If you are over 50 you might be starting to feel like your hormones are betraying you. You eat less than ever and still the weight is creeping up. Maybe you aren’t gaining weight but still… your clothes are tighter!

Things change as we get older. I’m not “happy” about it but it just means there needs to be some adjustments. A little knowledge can go a long way.

Besides the alternative to growing old isn’t desirable either.

One important thing to know is you don’t keep your muscle mass like you used to. This is important to know because muscles are the REAL fat burners.

Since we lose muscle density as we get older what can we do about it?

There are the SIX main hormones that play their role in you either gaining and storing fat. You CAN switch them so they will naturally burn the fat instead. You may have heard of a few of them before but please don’t skip over this. There is one Very Important Secret that you probably haven’t been told about.

1. Ghrelin – The Ghrelin Growl. Have you ever been so hungry that your stomach felt like it was going to turn itself inside out? Maybe you were on some new diet and you just got bowled over by an out-of-control need to feed?

A feeling like you were starving and were powerless to stop yourself from binge-eating?

You can probably blame your own hormone Ghrelin for that.

If this isn’t bad enough, it also works with the reward centres in our brains and addiction development!

There are two ways to calm the growl.

One – extreme exercise or
Two – feed it.

Most people choose number two. Unfortunately, low-levels of Ghrelin has also shown to prompt the desire for high calorie foods. Meaning, this could be a reason why you can’t calm your hunger with low calorie, healthy foods!

Don’t give up yet. It isn’t as hopeless as it may seem.

There is something you can do to ward off the growling beast. Keep reading…

2. Leptin – Exclusive to fat cells and is released when you are getting low on energy stores (energy stores = fat). It triggers hunger if your body senses that you don’t have enough body fat to carry out the daily routine.

In short – it is the hormone that ensures we don’t starve.

Originally when this hormone was discovered in the mid 1990’s it was theorized that all we would need to do to is artificially add Leptin to our body’s and we wouldn’t be hungry anymore.

Take a pill and cure your hunger! What a pipe dream!

As it turned out, this didn’t work in many cases. Many obese people who took Leptin found they just got hungrier. There was a new phenomenon discovered called Leptin resistance which made the brain oblivious to the signal. On closer investigation people with Leptin resistance already were producing more Leptin, naturally!

It was their brain receptors not working.

Further study did reveal the underlying cause of Leptin resistance and a practical, natural way to fix this negative hormone reaction resulting in positive weight loss.

How do you do that? Keep reading…

3. Adiponectin – Plainly stated there are two types of fat. Brown and white. There is less brown fat in the body than the white fat. It is the white fat that is in charge of hormone production and energy storage. It seems that the less fat you have the more they will produce Adiponectin.

–> People who are overweight have low Adiponectin production.

The symptoms of low Adiponectin include hunger, feeling tired all the time, and an increased risk for Type 2 Diabetes.

Adiponetin also helps your muscles metabolize carbohydrates into energy thereby increasing the speed at which you metabolize fat stores resulting in an increase in your metabolism. This turns into a positive metabolic cycle resulting in a lean healthy body.

The bonus good deed provided by Adiponetin is it also quenches the appetite.

Is there a way to encourage the body to produce more Adiponetin? You bet there is – read on…

4. Cholecystokinin – Another appetite suppressor hormone. Produced in the intestines and communicates to your nervous system that you are full.

This is the “satiety switch”.

When that happens your digestion rate in your stomach also begins to slow. Together this makes you feel full and satisfied.

If you have this hormone switch turned on – the feeling of being full lasts for a longer period because of the slowed digestion rate.

There are very simple steps you can take to “switch” on this hormone.

5. Growth Hormone – The Human Growth Hormone has gotten a bum rap because a few of the opportunist ne’er-do-well’s of the internet. For awhile there people were slinging HGH suppliments, rubs, and injections like the ol’ time snake oil salesmen back in the day.

It’s unfortunate the negative actions of a few gave it such a bad reputation.

The truth about Growth Hormone is it is a naturally occurring hormone that our bodies produce. As children we have amble amounts of it. It is responsible for growth and development as well as muscle growth, metabolism and energy, brain function and tissue repair.

It is the elixir of life.

Heralded as a fountain of youth
for its positive effect on aging skin and as a FAT LOSS enabler.

As we age our HGH levels diminish. This is natural. One effect of this reduction in HGH is our muscle tone is reduced. This in turn compounds the already slowing metabolism that comes with aging.

There have been several studies that show increasing Growth Hormones in the body increase fat burning and muscle development. It was the excitement around these studies that caused a rash of misuse of HGH. Its use is now banned in many professional sports as well as the Olympics.

The US Food and Drug Administration (FDA) also stepped in and restricted the use of HGH by physicians. Now only for a very narrow group of adults or children that have a deficiency, as proven by a series of strict diagnostic testing, can have access.

Fortunately there are steps you can take that have shown positive results in clinical trials to turn up your Growth Hormones naturally.

How to Turn on ALL Your Fat Loss Hormones

There are pills and supplements available that “say” they will turn on one hormone or another for you. None of then say they will switch on ALL FIVE.

Out of all the supplements talked about there is only ONE that is truly useful in working with aging hormone activities.

What if I told you there was ONE MORE hormone that is responsible for all the weight gain? One hormone that when working right will then switch on the other fat burning hormones?

I have written a report called THE PLAN. It tells you how to switch on ALL FIVE of your natural hormones. These will rev up your metabolism, burn fat, keep you from feeling hungry, prevent fat storage, and ward off out-of-control cravings.

I would love to give you a FREE copy of THE PLAN if you want it. 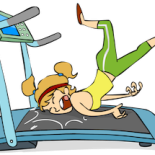 About The Inside Trainer Inc.

Welcome!
The Inside Trainer Inc. promotes a quality line of specialized fitness equipment for hospitals, schools, home, and office.

Looking for something else? Type in what you are looking for and press Enter

Exercise & Obesity
‣ What to do when moving is difficult
‣ Do you have Saboteurs in your life?
‣ This could be the most important decision of your life

Bat Wings Underarm Fat
‣ Try this to tighten up "Bat Wings"
‣ Why eating THIS never worked!
‣ Do you have an old lawn mower?

The Inside Trainer Inc.
PO Box 443
Duncan BC
V9L 3X8
Toll Free: (855) 507-6464
➤ Insider Deals! If you have any questions or suggestions on how we can improve the site please let us know by email at: sales@theinsidetrainer.com Contact Us page Prior to submitting comments on this site, please note our Comments Policy.

The Inside Trainer Inc.

About The Inside Trainer Inc. Inside FAQ's Inside Nutrition Inside Motivation Inside Family Fun Inside Workplace Fun Why Buy From Us?